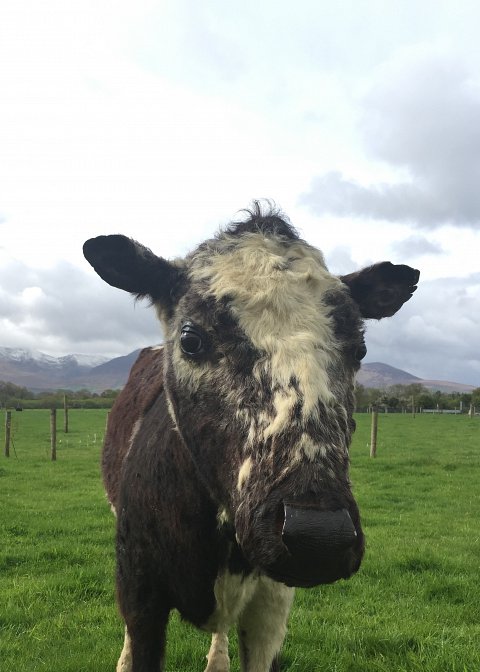 Bertha, or ‘Big Bertha’ as she was known, was a legendary Droimeann cow from Sneem in Co. Kerry. She was reared locally, and was bought as a calf by a farmer called Jerome O’Leary.

When she died on New Year’s Eve 1993, just 3 months shy of her 49th birthday, she had become something of a local celebrity. Over the course of her long life she had given birth to 39 calves, and this achievement, together with her tremendous age, had earned her an entry in the Guinness Book of Records. This fame was harnessed productively by Mr. O’Leary; Bertha became a regular at local fairs, and lead the annual St. Patrick’s Day parade in Sneem where she was engaged in raising money for local cancer relief charities.

A CELEBRATION OF THE JOYS OF LIFE!

But why is Bertha is seeking revenge? It is not meant in a spiteful or harmful way; quite the contrary. Her life on earth, whilst celebrated at the end, was one of long service and selfless matronly duties. Her life in spirit is all about joy and pure Bertha time!!

Droimeanns are a very hardy breed and are easy calvers. Like Justin and Antony, their temperament is usually very placid and they are also regarded as highly intelligent. 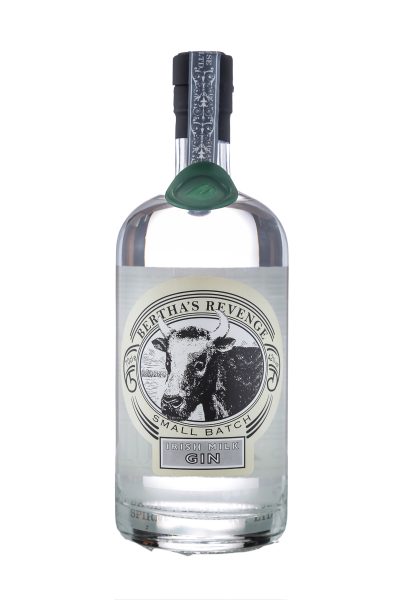