At the end of the 19th century and in the heart of the Victorian era, the great British Empire, immersed in a colonial struggle throughout Africa, had already dominated the shipping lanes, trade routes and most of the goods traffic between East and West.

The search for new routes created a lineage of intrepid explorers who led the discovery of remote and unknown places. The most important of these was the coastal city of Mombasa, located opposite the Island of Zanzibar, which, due to its strategic position, soon became the main port and commercial centre of all East Africa. The first private social club was created there; the legendary Mombasa Club, founded in 1885 by and for officers of the British East Africa Protectorate.

The club was an essential part of the social life during the Colony, where its members kept lively gatherings or exchanged news coupled with their Mombasa Club gins & tonic. An exclusive gin from England and specially distilled and bottled for consumption and enjoyment of its founder members.

Mombasa Club Strawberry Edition was born as fruit of the new market penchants. A new style of fruity gin, which maintains the personality of a classic London Gin, infused with a careful selection of strawberries and red fruit. A product of great quality and personality with triple distillation.

Olfactory Stage: On the nose, the subtlety of the botanicals is uncovered, appearing embedded into the sweet aroma of strawberry and red fruits.

Gustatory Stage: Sweet and fresh entry with a harmonious display of fruity flavours. A rich and mild acidity stands out at the first sip.

Conclusion: Fruity Gin maintaining the personality of a large Gin. 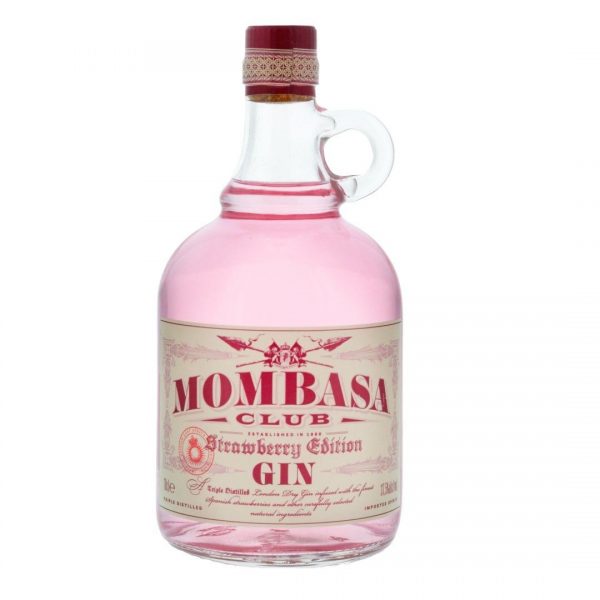